Both this multi-signal and the mono-signal tool are based on trend reversals identified in a very interesting chart type called Three Line Break (TLB) chart.

As opposed to the mono-signal tool, the multi-signal tool will generate additional trading signals every time the TLB band of the same colour is extended upwards or downwards.

This example shows the main buy signal (grey) and seven subsequent buy signals, indicating there is still an opportunity to enter. 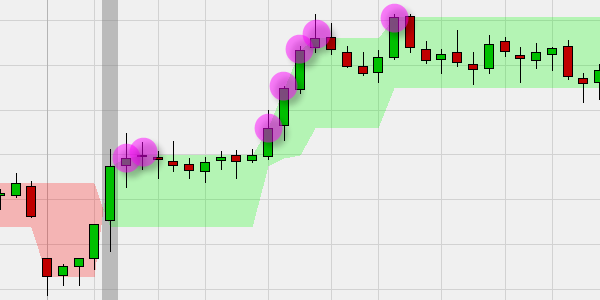 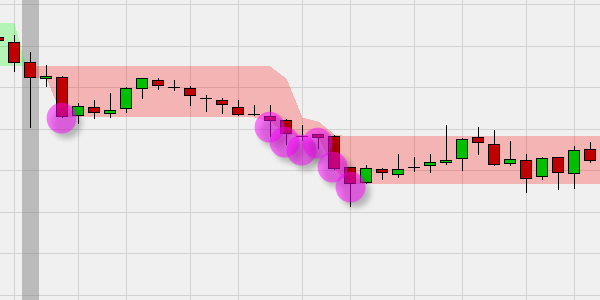 In the case of the above examples the trader indicated he is willing to receive an unlimited number of signals every day. It is possible to (a) limit the number of signals and to (b) select either long or short sell signals. As usual this is done in the designer dialog window or directly in the chart.

This example shows a trader indicating directly in the chart that he does not want to receive more than 10 long signals. 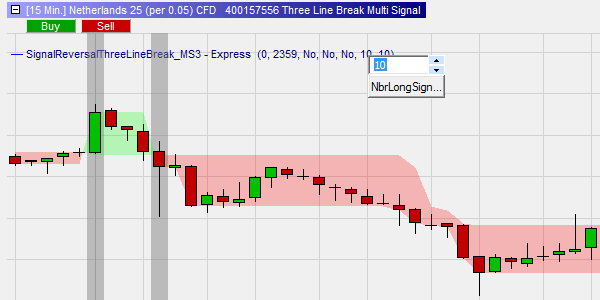