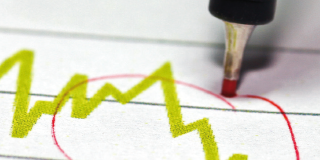 Most of the tools provided by Technical Analysis (TA) can be used well in foreign exchange trading. Classic chart formations such as trend channels or resistance and support lines can be used as well as advanced trend detection techniques, indicators and oscillators, and candlestick formations.

Currencies are one of the most trendy asset classes. Since both positive and negative forecasts can easily be converted into long or short positions on the Forex market, the direction of the trend - unlike, for example, equities - is irrelevant for the trader. On the other hand, there are also currency pairs that spend most of their time in sideways phases. Currencies from comparable economic areas in particular often move sideways over longer periods of time. As soon as one of these two economies develops significantly better or worse than the other, a new trend emerges from the sideways movement. These two states (trend and sideways movement) can usually be easily distinguished from each other on the currency market.

Due to the trend behavior of currencies, a relatively unknown chart is suitable for the analysis of the exchange rate: the so-called "point&figure charts" (P&F). This is an alternative to the widely used bar and candlestick charts. Figure 1 shows the difference between the charts.

The focus of the P&F chart is no longer on price development measured by time, but on price development. Times in which only minor price changes take place (i.e. sideways movements) are filtered out of the chart. Accordingly, the chart has a variably scaled time axis. A similar display variant, which is visually easier to understand, is the so-called "Renko Charts". In both charts you can work with trend lines, indicators and formations. When using them, you should always keep in mind that the time axis is variable in contrast to "normal" charts. It can therefore happen that the chart does not change over a longer period of time if the price fluctuations were too small or no major movement has occurred. Both Point&Figure charts and Renko charts can be applied to daily and intraday data. 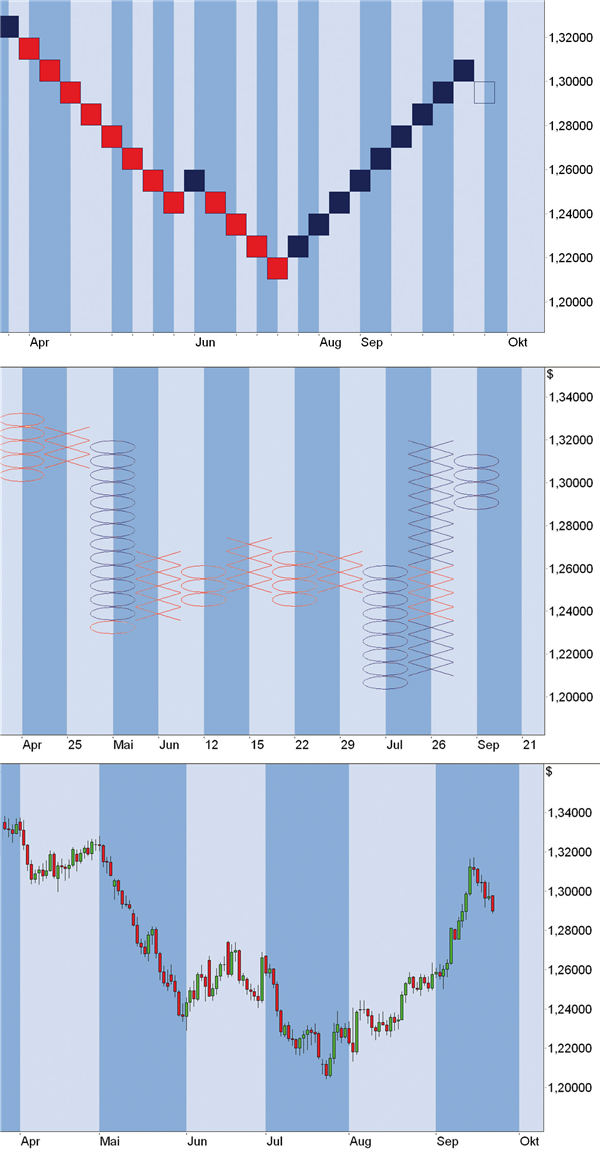 Image 1: Comparison Renko chart (top), Point&Figure chart (middle) and Candlestick chart (bottom) With the Renko chart, each box (brick) represents a movement of the same number of pips in one direction. On the Point&Figure chart, X represents rising prices and O falling prices of a fixed order of magnitude (e.g. 60 pips). On the candlestick chart, on the other hand, the time axis is linear.

Stock prices often show a long-term upward trend with more or less long corrections. Currencies and fixed-income securities, on the other hand, often fluctuate around one value. In mid-2006, the euro was already trading against the dollar at the same level as in October 2012. Nevertheless, there were good opportunities for the trader to profit from the upward and downward trends in between. These long-term fluctuations mean that there is often resistance and support at the current price level resulting from historical movements. Therefore, it makes sense even for short-term traders to look at long-term charts in order to perceive such zones and include them in their analysis. Furthermore, as a trader, you should always keep an eye on the "big picture", regardless of the time window in which you trade. Currencies often move in stable trends over long periods of time. Therefore, especially as a beginner, it is usually better to trade with the trend and not against it.

The method of incorporating several time windows into the analysis and the resulting trading decisions is referred to in technical jargon as multiple time frame analysis. Two primary approaches can be derived from this concept. First: Many traders check the situation in the superior time window (e.g. small time window: minute chart, superior time window: hour chart) before entering a new position. Only when there are no resistances or supports in the hourly chart at the same level as in the minute chart and the exchange rate does not move in a higher, opposite trend, do they realize the trade. Secondly, many traders use the approach to enter a long-term trend. The smaller time window often enables better timing. However, once the entry is complete, the trade is managed in the longer-term chart. However, there is a risk of over-trading. Instead of concentrating on the long-term perspective, many traders also observe the position in the subordinate time window after entering the market, thus taking unnecessary risks. If one considers supports and resistances, one should begin with the highest available time window and "work ones way down" to the primary, temporally smallest unit.

When analyzing trends, both time windows should be in a meaningful relationship. If you are scalping with an expectation horizon of a few pips, you usually do not have to consider the higher-level, long-term trend in the day chart. With scalping, investors take advantage of the smallest price fluctuations. Often the positions are closed out after just a few ticks. But a glance at the 5-minute chart can also offer new insights for scalpers. If your own forecast is confirmed in the superordinate time window, there is much to suggest that the trade makes sense.

The Fibonacci concept enjoys great popularity due to its simple applicability especially in foreign exchange trading. The Fibonacci sequence is a series of numbers that begins as follows: 0, 1, 1, 2, 3, 5, 8, 13. The following number is obtained by adding the two predecessors (3 + 5 = 8; 5 + 8 = 13 and so on). Traders are particularly interested in the resulting ratio of 61.8 percent (the ratio of a number to its successor) and the equivalent of 38.2 percent (100 percent - 61.8 percent). These two quotients are used to estimate the probable extent of a correction after a price movement. The resulting Fibonacci levels serve as a resistance or support zone. In addition to estimating correction movements, the method can also be used to determine price targets. When using Fibonacci's, one should take care that the market usually does not turn exactly to the pip. Often only a short stay at the level can be observed before the market continues its movement. Once a Fibonacci mark has been breached, it should be considered invalid and not included in the analysis. It is advisable to use Fibonacci's in combination with another approach. For example, if a Fibonacci level coincides with a trend line, a strong signal is often produced. The combination with candlesticks or indicators can also work. 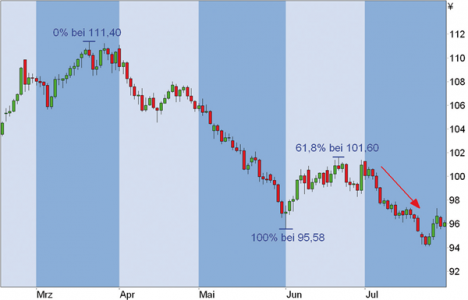 Image 2: The chart shows a "hit" of the Fibonacci Ratios. After the initial downward movement of the EUR/JPY stopped, the price moved back exactly 38.2 percent of this distance as an upward correction. The Fibonacci point was the end of the correction. Subsequently, the price reached new lows.

Pivot points were developed by traders on the trading floor and originate from futures trading. Today they are increasingly used in forex trading. Due to their ease of use, pivots are enjoying growing popularity among both institutional and private traders. Pivot points are calculated support and resistance marks. They are usually calculated using daily data. However, they are (almost) exclusively used in short-term intraday trading. Based on a midpoint, usually two or three resistances and supports are calculated. Over the years, a large number of variations have developed for classical calculations - among other things to take account of opening gaps. To calculate the pivot point for the current day and the support and resistance marks based on it, the high, low and closing prices of the previous day are required:

The calculated supports and resistances function like classical support and resistance areas. Observing pivot points and the supports and resistances based on them is especially interesting on uneventful days. The market often fluctuates between the first resistance and the first support. If the market leaves this range in one direction, the trend is likely to continue throughout the day. On days when external influences, such as the publication of economic data, are expected to cause large fluctuations, the concept has proven less successful in the past. 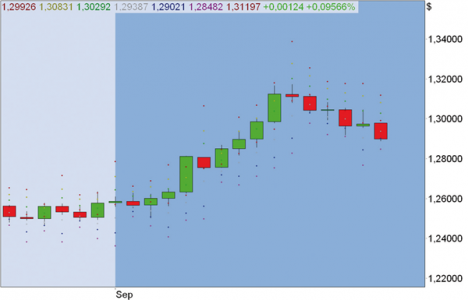 Image 3: The chart shows the daily pivot points. The lower three markers are the supports U1 to U3, the upper three the resistors W1 to W3. The middle mark shows the pivot points.

The chart shows the daily pivot points. The lower three marks are the supports U1 to U3, the upper three are the resistors W1 to W3. The middle mark shows the pivot points.