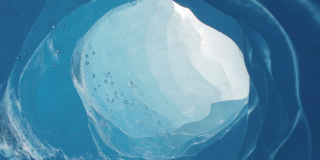 In the context of the discussion of Japanese chart techniques, the "three-line breakthrough charts" are discussed here. This chart, too, is rarely found in technical analyses. Nevertheless, it also offers the investor some advantages that cannot be dismissed.

There are no references to the origins of the Three Line Break Charts (TLB Charts), but they have been used in Japan for more than 150 years. Just as with Kagi and Renko charts, the signals are to be understood in a trend-following manner. TLB charts give the user a clear picture of the current trend direction of the market and how he has to position himself accordingly.

The construction of the Three Line Break chart

TLB charts are calculated on the basis of closing prices. They consist of a sequence of white and black columns of different lengths, which continue like stairs. The height of the column also gives the observer an insight into the extent of the price movement and the extent to which bulls or bears are currently operating in the market. Each column (also called line) has its own column. The meaning of the colors is already known from the candle and Renko charts: White lines stand for phases with rising prices, black for falling prices.

A white column is drawn into a new column when the previous highest closing price is exceeded. A black block is added if the price falls below the low of the previous line on the basis of the closing price. If neither a new high nor a new low is reached, the chart remains unchanged.

It is therefore clear that TLB charts should be included in the group of chart types that do not have a time axis (such as point & figure, Kagi and Renko charts). Changes are only made in the chart if there is a corresponding movement. In contrast to the three chart types already mentioned, TLB charts do not have a reversal amount in percent or points that can be set beforehand, which would only lead to a new line if there were a corresponding price change. To draw TLB blocks, the current closing price is compared with the high and low of the previous block. A new column is only added if today's closing price violates the high or low of the previous columns.

However, there is one exception to this rule: if a rise in the market price is so strong that three white columns occur in succession, the price must first fall below the low of these three lines before a black block can be drawn in again. If, on the other hand, a downward movement leads to three black lines in succession, the high of these three columns must be overcome before a white block can be drawn. The price range of three white or black lines must therefore be broken upwards or downwards before a reverse line of opposite colour can be drawn, indicating a turnaround in the market. This system gives the chart its name "three-line breakthrough chart".

The Application of TLB Charts

Figure 1 shows the Japanese Nikkei 225 index over a period of about one year from mid-January 2010 to early January 2011. When the Nikkei closed below 10,800 index points on 19.01.2010, it simultaneously broke through the low of the three preceding white pillars. This meant a clear sell signal (V1) for supporters of the TLB chart methodology. Thereafter, a downward trend phase began, which lasted almost exactly one month (until February 17, 2010). On that day, the bulls took the helm again, which can be seen very clearly from the long white column (high range). At the same time, the high of the last three black columns was breached, which signaled a trend reversal to the observer and triggered a buy-signal (K1). 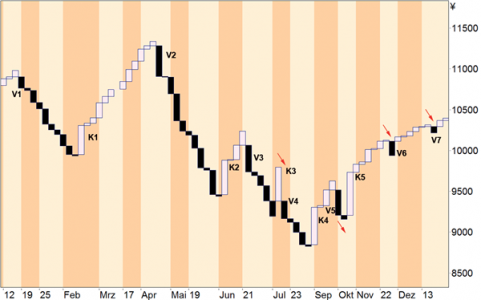 Image 1: Even with TLB charts, clear signal generation does not prevent the occurrence of false signals in running trend phases (down arrow).

Also after this signal, a lucrative movement began, which this time lasted for almost two months (until April 19, 2010). Again, a long (black) reversal column below the low of the previous three white lines signaled that another tidal change (this time in favor of the bears) was obviously in progress (V2).

Again, almost exactly two months passed (until 14.06.2010) until the next counter-signal occurred due to a new reversal line (with high range) (K2). This time however, the following trend phase was not very pronounced and the sell-signal (V3) on 25.06. was generated at roughly the same level as the buy-signal eleven days before: a zero-sum-game.

The first really bad signal was generated on 14.07.2010 when the appearance of a long white column gave the impression that the bulls would take over again (K3 with downward-arrow). As this is only a isolated white column, the next sell-signal (V4) was already triggered when the market closed one month later (17.08.2010) below the low of this line. The coverage of a possible short sale due to the sell signal V4 was also a zero-sum game, as the coverage level due to the white block (K4) roughly corresponded to the sell level.

The problem and weakness of this chart comes to light when no sufficiently long and lucrative trend phase is formed after a signal and the counter-signal
is triggered so late by long blocks of share prices that a large part of the profits accrued in the meantime have melted down again. This is what happens in the next example: Those who had waited for the sell-signal V5 after entering K4 had to relinquish a large part of their profits made in the meantime. "Back and forth empties your pockets" - this old stock market wisdom applies not only to the hectic and overhasty operation with your own portfolio positions, but also to markets that change direction several times in a short period of time. Investors cannot win a flowerpot here. A good example of this is the sell signal V5. As soon as it had happened, the downward trend ebbed again - also a really bad signal (downward arrow). On the other hand, the buy-signal K5 from 08.11.2010 with its high range in the white price block was reliable again. The initiated upward-trend is still valid two months later and was only interrupted by two missing signals (V6 and V7).

Of course, TLB charts can also be analyzed using the usual chart methods such as trend lines, trend channels, resistances and supports; you can see an example of this in the Siemens share in Fig. 2. 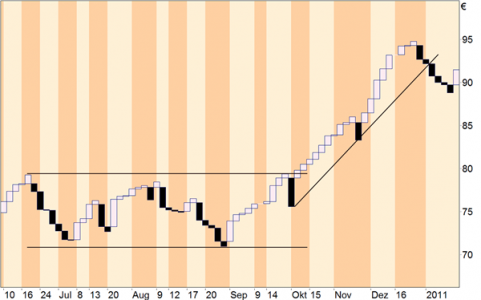 Image 2: The break of important resistances or trend lines can be an additional decision-making aid and support the investment decision.

As with all trend-following chart types, the advantage of this chart representation is also clearly evident here: Distinct trends are highlighted by a sequence of blocks of the same color and thus signal "hold" to the investor.

In addition the Trader knows from the outset by the clear systematics of the column structure the thresholds, at which it would come to a reversal column in the Chartbild. Therefore, he can set his stops at these marks to secure his position. A further advantage for him is that he does not have to determine a reversal amount, which he may choose too high or too low. In a TLB chart, it is only the market movement that gives it the indication for a reversal.

A disadvantage of this method, however, is that, depending on the length of the last three blocks, a reversal line can only emerge relatively late, which means that a large part of the accrued profits is relinquished. So followers of this method should be satisfied with the piece of cake they have cut out. As with any trading approach, the fact that there are sometimes false signals is also part of this chart.

In order to adjust the sensitivity of the reversal criteria, the investor can now also change the number of blocks in the programs that have to be broken for a trend reversal signal thanks to powerful stock exchange software. Three line break charts can also become two line break or four line break charts - depending on the user's investment horizon. If TLB charts are "too slow" for signal generation, they can still be used to round off the overall impression of a market. It cannot do damage.

The fifth and final episode will focus on the rediscovered Ichimoku Kinko Hyo charts (cloud charts).